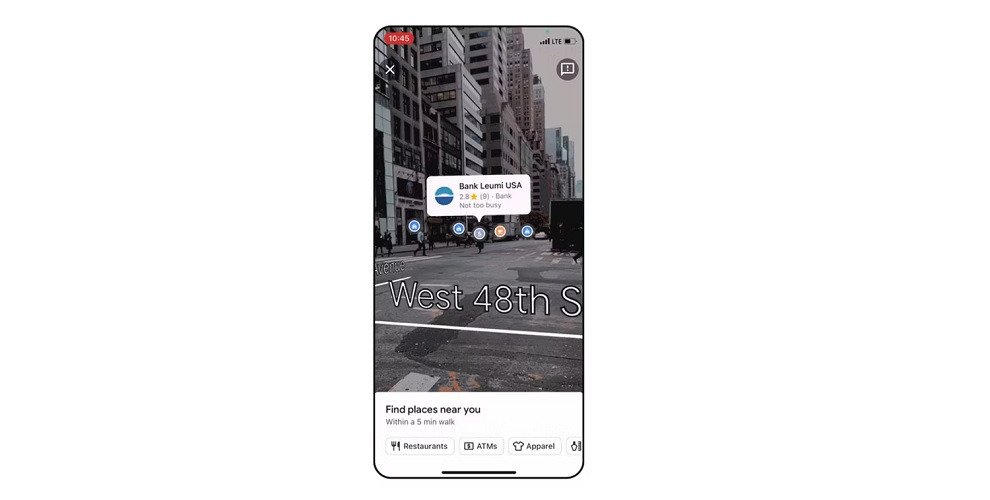 Google is constantly trying to develop its Maps application. New functions appear in it regularly and some time ago the company announced that the ability to recognize the environment through the use of augmented reality will be added to Maps, and more specifically to the Live View option. The application, using our smartphone camera, was to recognize objects close to us, but also the streets where we are. Some users may already test the operation of this function.

Along with the movement of the camera on the phone, the application will not only recognize the street on which we are located, but also Maps will suggest what points are around us. This applies to establishments such as shops, restaurants, banks or ATMs. Then, characteristic notifications will be displayed indicating the direction in which to go to achieve the set goal. The feature is now available for both Android and iOS, but so far it only works in selected cities. At the moment, these are Los Angeles, London, New York, Paris, San Francisco and Tokyo.