The potential appearance of Windows 11 leaked even before the premiere 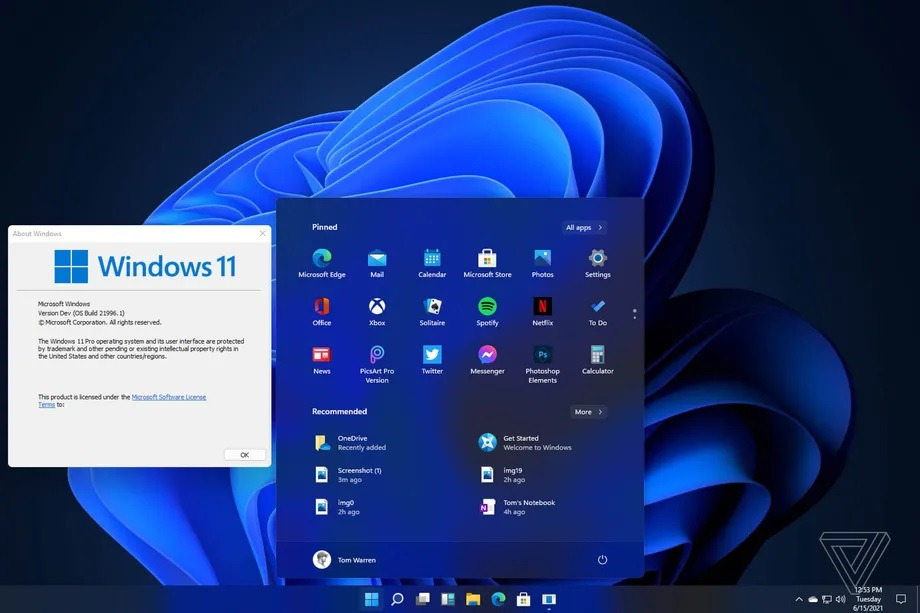 We will almost certainly know the details of the new version of Windows on 24th of June. We do not know exactly what name it will receive, but the working name posted in media simply is described as Windows 11. Microsoft has not managed to keep a secret and even before the premiere of the new version of the software, photos have leaked into the Internet indicating the new design of the system, which can be seen in the attached photo.

In terms of design, the taskbar is the biggest change. There will be a centering of the application icons in the bar and also Microsoft has developed a new Start button. In addition, journalists say that Microsoft may restore the Windows Widgets feature. The very installation of Windows 11 is supposed to be quick and easy. There is a high probability that the upgrade directly to Windows 11 will be available for free for holders of Windows 10 keys, but it will probably also apply to Windows 7 and Windows 8.1 key holders.