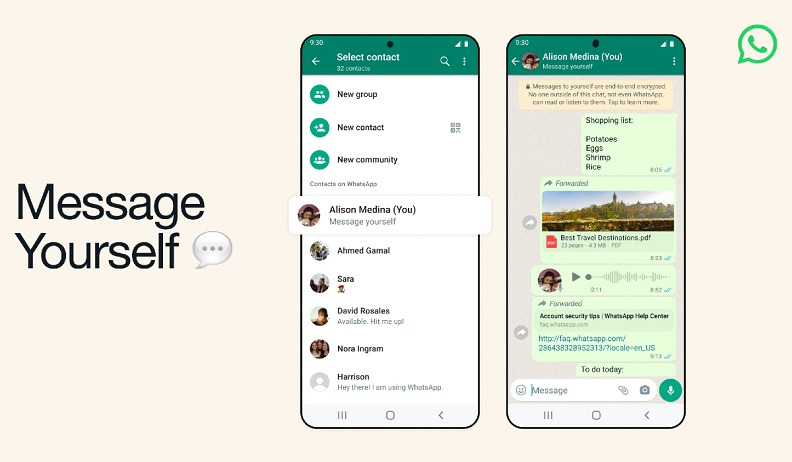 Many messengers allow you to send messages to yourself. This is a useful function that actually serves as an option to create notes and is available, for example, to users of Messenger developed by Meta. Officially, a similar function has just debuted in another communicator of the same owner, by which we mean WhatsApp.

This feature has been available in the beta version of the app for some time, but it is now officially rolling out to the stable version of WhatsApp. From now on, users will be able to send text messages to each other, but also photos, recordings or voice messages. In collecting information inside such a conversation, the option that allows you to pin specific messages to the top of the conversation window will also certainly be helpful.