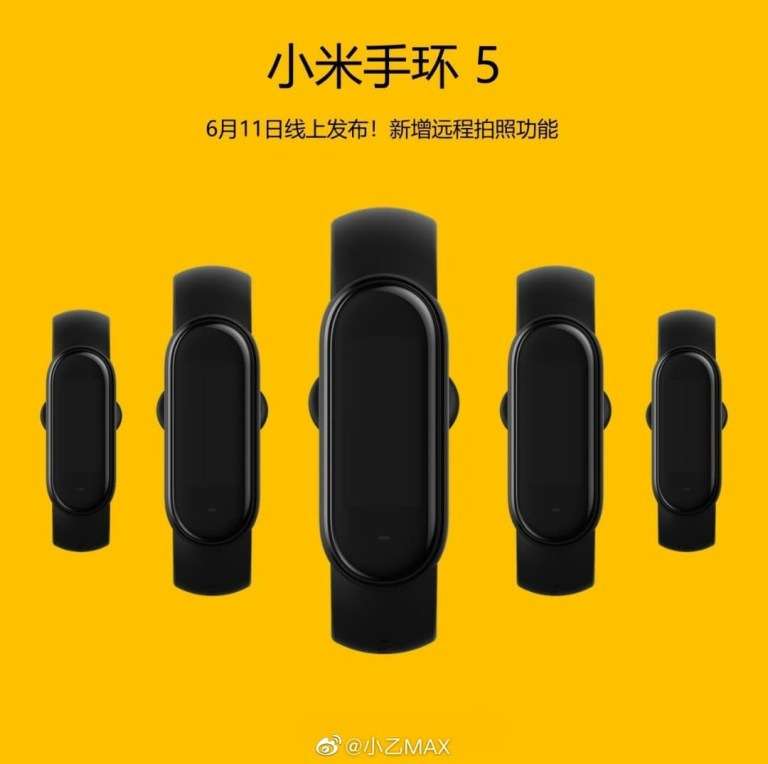 Four versions of the special sports band created by Xiaomi have already appeared on the market. The Mi Band brand is already very popular among customers and products from this series are collecting positive feedback. It is no wonder that the company's fans are very much looking forward to the next band from Xiaomi, which will be Mi Band 5. The Chinese firm confirmed the official release date of this device a few hours ago.

Officially, Xiaomi Mi Band 5 will debut on 11th of June in China. For now, we don't know exactly what the new band of the Chinese manufacturer will look like, but news from journalists sound interesting. It is said that Xiaomi Mi Band 5 will receive a larger screen with a 1.2-inch diagonal and it will monitor the user's work during sports such as yoga or stationary cycling. Interestingly, Mi Band 5 will probably allow you to control the camera remotely and make photos with your phone with using Mi Band 5. For now, we don't know whether this option will work only with Xiaomi's phones or whether the option will be supported by all devices.