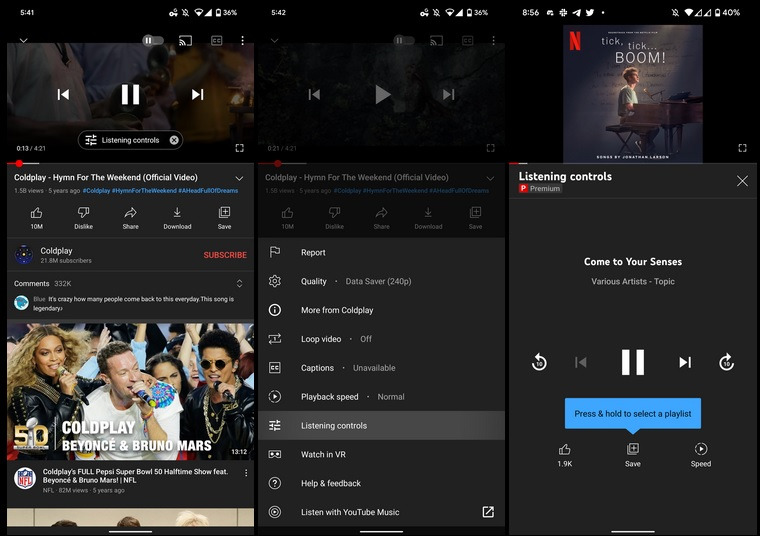 YouTube, without any major announcements, decided to add a new feature to its application, which was given to a limited group of users. Internet reports indicate that a function has been added to the application, both dedicated to Android and iOS, that allows you to control the playback of recordings on YouTube through special buttons displayed on the screen.

The new option allows you to turn on a special menu in which there will be buttons that allow you to quickly move recordings 10 seconds forward or back, stopping them and switching recordings between the videos on the list. It is worth noting, however, that at the moment the new feature is available only to users with a paid YouTube Premium subscription. At the moment, the feature has been noted only among US users, but over time it should reach customers from other countries.