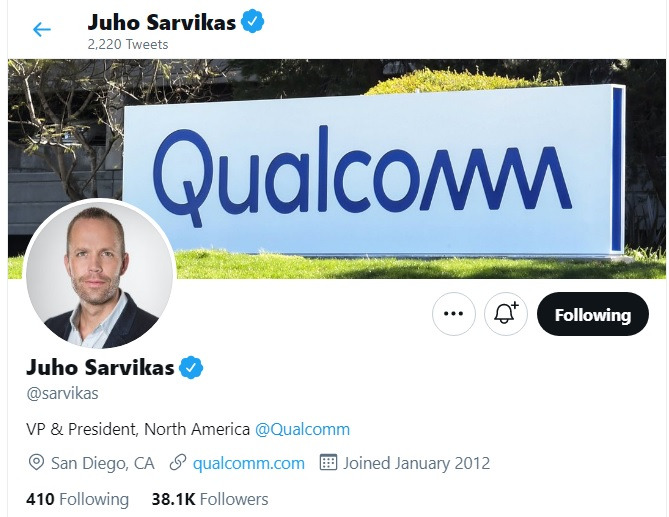 After many years of cooperation, Juho Sarvikas, who was the face of the Nokia brand and appeared at almost every premiere of devices in this series, left HMD Global. His rest, however, will not take long. Juho Sarvikas has already officially announced on his official Twitter account what his plans for the professional future look like.

Juho Sarvikas joined Qualcomm. Juho will start working for his new employer on 12th of April. Formally, he is going to become vice president of the entire company, and in addition, he will become president of the North America division. As you can see, Qualcomm has serious plans with its new employee and the company trusted him a lot from the first days of cooperation. Sarvikas has been welcomed into his new role by many people, with Jim Cathey at the forefront, who is the president of Qualcomm Global.