Press renders of Huawei P40 published on the Internet 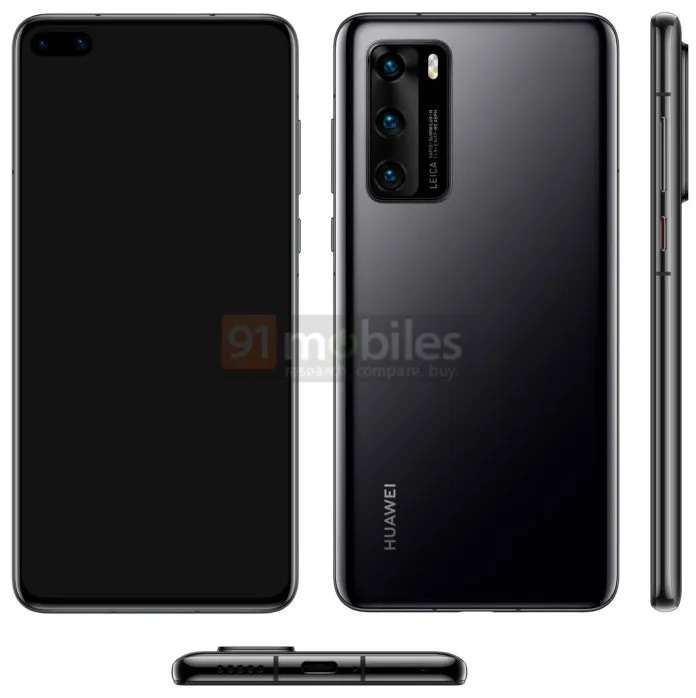 Huawei's new flagship phones will be similar in design to Samsung phones. The Chinese manufacturer gave up the retractable camera and a special notch at the top of the screen. Instead, new Huawei's phones will receive special holes for the front camera. How do we know that? Official Huawei P40 renders have appeared on the Internet.

On the basis of photos published a few hours ago, we can be sure that the main camera in P40 and P40 will be different. Huawei P40 will receive a triple main camera, and P40 Pro will receive an additional fourth lens. Both camera modules will be made in cooperation with Leica. Front camera will consist of two lenses on both phones. Specifications of smartphones are kept secret for now, but we will know them quite soon, as the premiere of P40 series of phones is scheduled for March 2020.