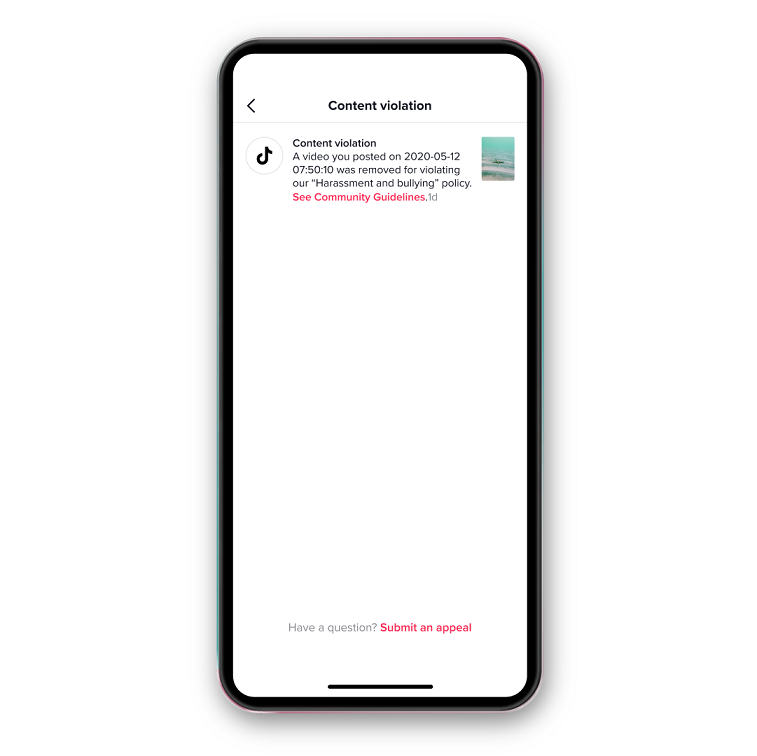 Until now, removing videos from TikTok caused the user to receive a fairly short message as a result. It did not indicate exactly why a particular recording had disappeared from the application. It only served as a message that the file was deleted. However, as announced, this is about to change and users will receive more detailed information on this subject.

As we can read on the TikTok website, the company has been working on the new notification system for several months in order to provide more specific information. From now on, each message sent after removing the video will contain specific information explaining why the recording is no longer available in the application. TikTok will still allow users to appeal against a previously made decision, which may eventually lead to restoring the recording to the application. This is the next step which will provide users more specific feedback explaining specific points of regulations. On the official website of TikTok we can read that as a result of the changes in the functioning of the application, it was possible to reduce the number of incoming requests to reconsider the decision of deleting the recording by as much as 14%.