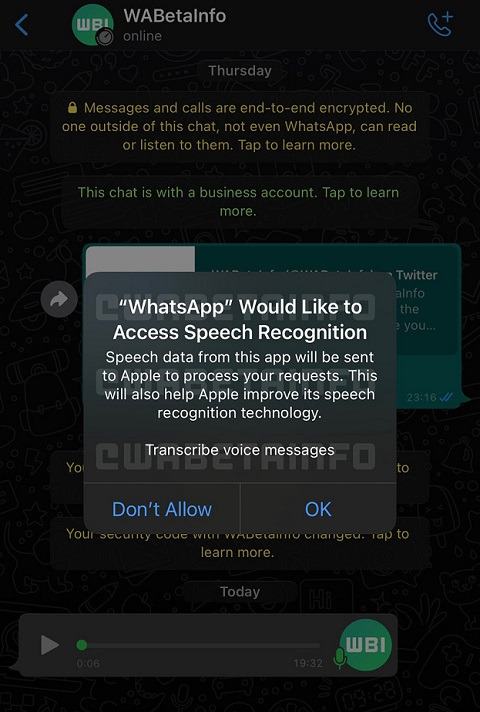 Voice messages are gaining more and more popularity among users of popular messengers such as WhatsApp or Messenger. However, there are times when we are not able to listen to the received message, for example because of the place where we are. Then the feature that is currently being tested on WhatsApp, i.e. the ability to transcribe a voice message to a text form, may come in handy.

Information about testing this feature has been noticed among some users of the iOS version of application. After giving special permission, the application will save a voice message in the phone's memory, after which the Apple's system is to analyze the received audio in order to create a text message. It is very possible that this feature will be added to the WhatsApp beta versions in the future. It is also hard to imagine that Facebook would also omit Android users, but so far we have not obtained evidence of testing this function on phones with this system. We also do not know anything about the supported languages ​​in which information can be transferred via a voice message. It is very possible that, at least initially, only English will be supported.