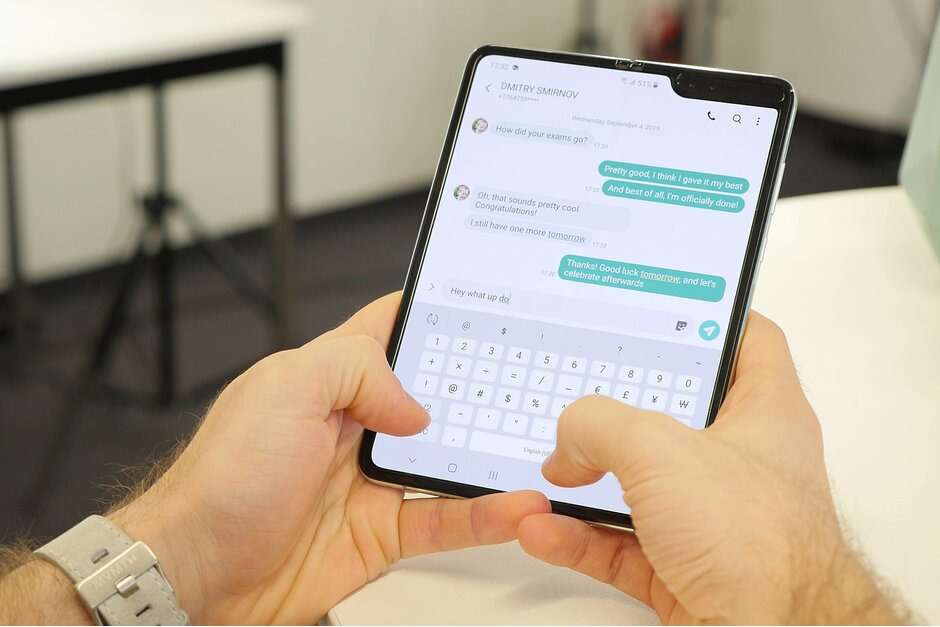 After months of many problems during creating Galaxy Fold regarding among others its display, finally Samsung is approaching catching up with lost time by release of its first foldable phone on global markets. Interest in the device is still quite large, despite the fact that price of Samsung's foldable smartphone is not low, because you have to pay about 2000$ for it. This is evidenced by the situation from South Korea, where the first batch of phones was sold in just a few hours.

The company decided not to publish information on how many units of their foldable device went on sale in the first batch, but journalists talk about 1000 units available for purchase. The next batch of devices is expected to be available for sale on 18th of September, but this time also in other countries. For now, it's hard to assess whether Galaxy Fold will permanently set new trends in the mobile market or will prove to be just an interesting experiment, but interest that this phone makes indicates that it is financially a great project for Samsung.