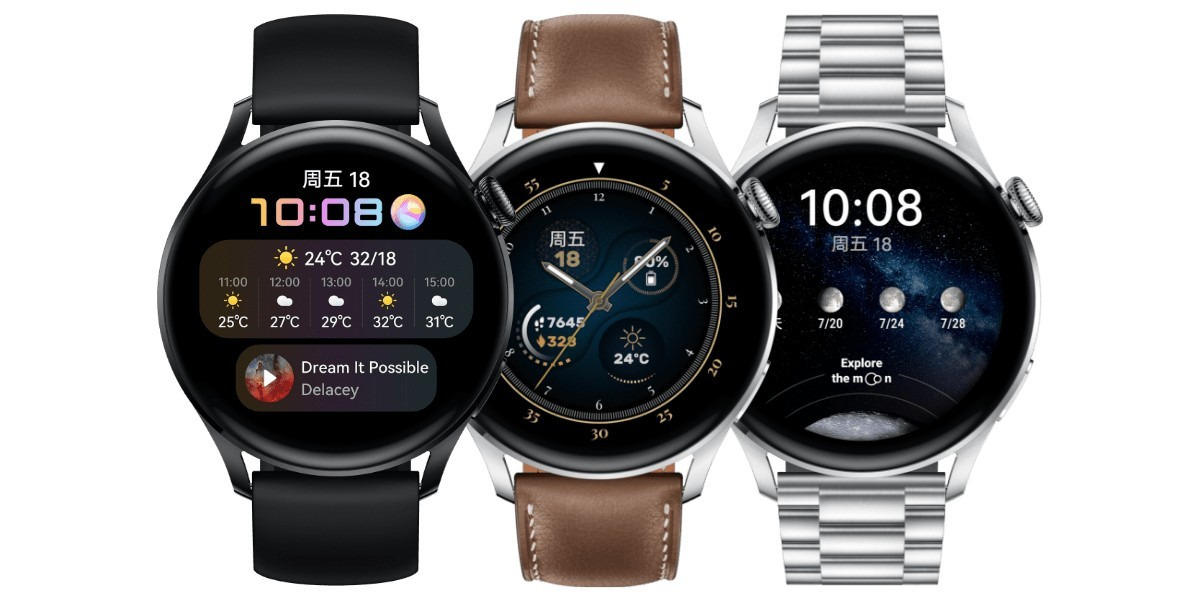 Huawei has not released its flagship smartwatch for almost 4 years. The company was constantly developing the GT series at that time, but finally it was time to present a new, powerful smartwatch, which is the Huawei Watch 3. The smartwatch will appear on the market in two versions - standard and Pro version.

Huawei Watch 3 allows you to operate the device by using a rotating button on the side of the watch. The manufacturer praises this solution in the context of weather resistance, which is a problematic topic for touch screens. The new smartwatch from Huawei received a 1.43-inch AMOLED screen, 2GB of RAM and 16GB of internal memory. Watch 3 has many sensors to control the health of the user, which allow, among other things, to control the heart rate or the oxygen state in the blood. It is worth mentioning that both smartwatches will work on the proprietary system from Huawei. It will be HarmonyOS. The main difference between the standard version of Watch 3 and the Pro version is the design. The Pro version is more like a "standard" watch - it is made of titanium and the display is protected by sapphire glass. It is also slightly larger than the standard variant in terms of overall dimensions. Both versions also differ in the battery - the standard version of the smartwatch is to allow 4 days of continuous use, and with the limitation of certain functions for 14 days without the need for charging. The Pro version, as announced, is to allow 7 days of active use of the smartwatch, or 21 days of using the smartwatch with the imposition of certain restrictions by enabling the Ultra Long Battery Mode.

The prices of the standard Watch 3 will start from 369 euro, while the Pro variant in the cheapest version is going to be available for purchase for 499 euro.