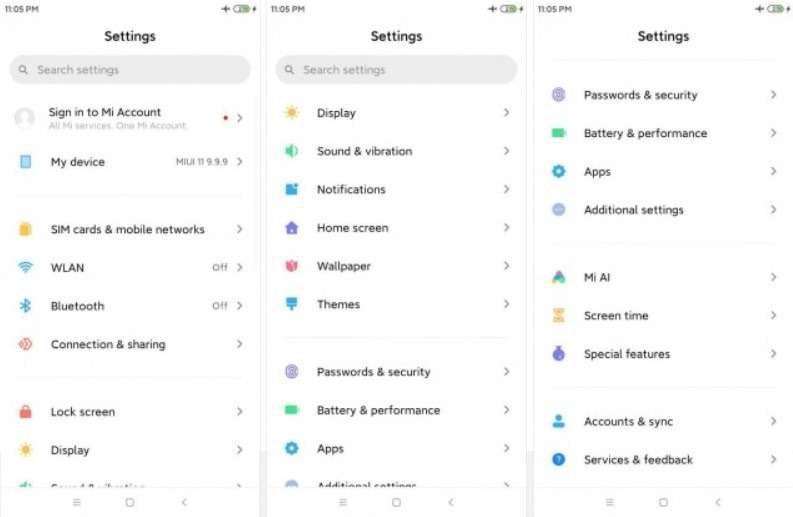 The successor of MIUI 10 will enter the market soon, which is confirmed by Xiaomi employees themselves. With the release of MIUI 11, we can expect major changes to the user interface design. Thanks to screenshots from the beta version of the system we can determine what changes should expect owners of Xiaomi's phones.

It's easy to notice a completely new set of icons used in the system, which are more colorful compared to icons from MIUI 10. In addition, appearance of system applications will also change, and in terms of new features it is certain that MIUI 11 will have option of sharing files between Xiaomi, Oppo and Vivo phones, which all three producers have recently announced. In addition, the new version of Always On Display will adapt to the place where we are and the hour during which we use the smartphone. Of course, there will be many more changes in new version of user interface, but we have to wait for their full list until the official release of MIUI 11.