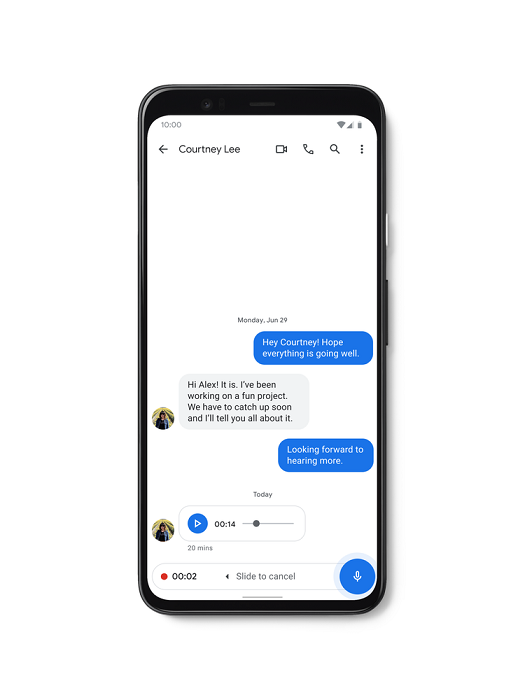 Initially, Messages application developed by Google mainly allowed for sending text messages. Currently, this application is similar to other messengers on the market, which makes it more a competition for Messenger or WhatsApp, as the developers of the application focus on adding new features known from applications created by competing companies.

From now on, users using the Messages application will be able to respond to received SMS. This option will work similar to the reactions in Messenger developed by Facebook. In addition, Google has introduced a quick response option to its application by sending an emoticon or sticker. Also from now, Messenger has a built-in basic photo editor that allows you to edit photos in a standard way just before sending them. Google also points out that Messenger already allows you to send voice messages and make video calls, but for making video call you will also need the Google Duo application.