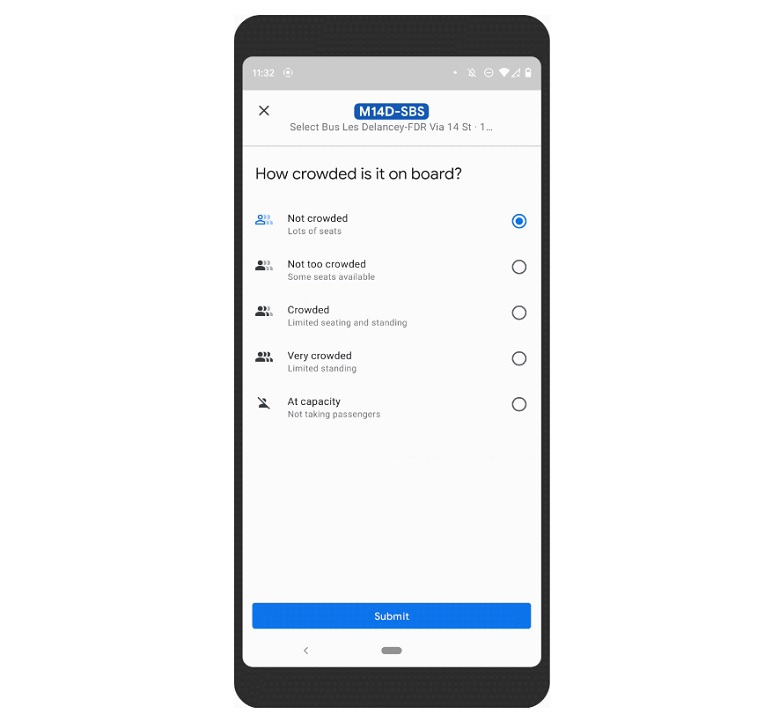 Moving by using mass means of transport, especially in the era of a pandemic, is very problematic. In most countries, you must wear a face mask at all times when using public transport, and sometimes it is difficult to avoid congestion in such vehicles. However, some applications, such as Google Maps, can help us, which can tell us whether the passage of a specific means of transport is currently crowded.

The mass transit congestion tracking feature was introduced by Google in June 2019, but at that time it was only introduced to 200 cities around the world. After two years, Google decided to introduce it for 100 countries. Information published to users will be generated on the basis of predictions using artificial intelligence, but it will also be based on information provided by users or their current location. In addition, new changes to Google Maps will allow you to create a more detailed travel history, also taking into account the places visited, the time spent in them and the number of kilometers travelled. What's more, Google also took care of expanding the review of restaurant data by introducing questions with more details about the meals ordered.