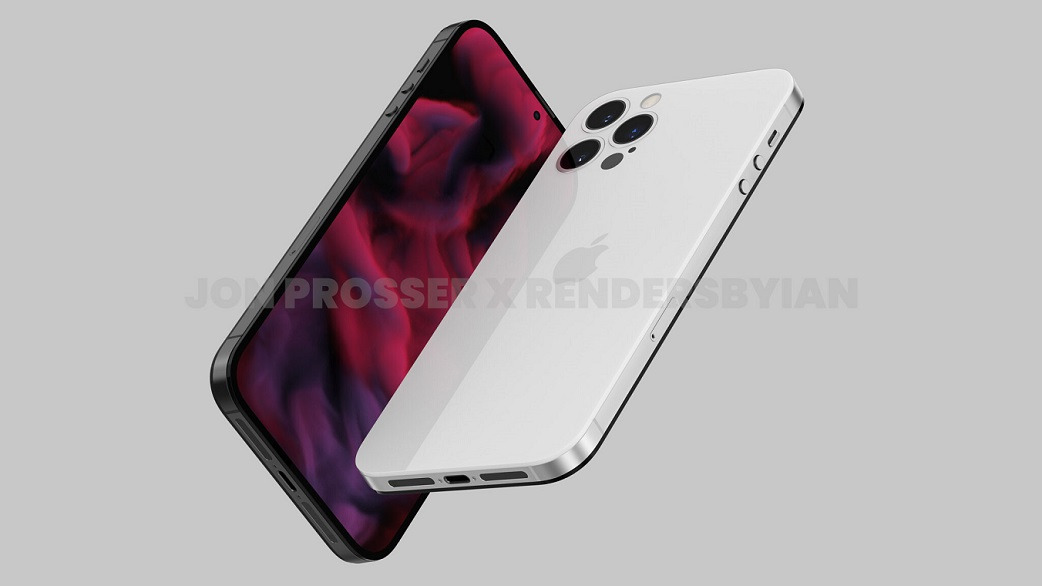 As we well know, on 14th of September, Apple will organize a press conference during which we will probably learn the specifications of the new iPhones from the 13 series. Despite the fact that these phones aren't available for purchase on market at the moment, we have already received first info about device which should be available on the market in a year's time. We are talking about the iPhone 14 Pro Max.

One of the most reliable journalists on the market, Jon Prosser, is responsible for the leaks. Based on the renders published by him, we can say a lot about the likely design of the iPhone 14 Pro Max. If the leaks are confirmed in reality, the iPhone series will face significant changes. For the first time in a long time, the iPhone won't have its characteristic notch on top of display. Instead Apple will place the front camera in a specially cut lens hole. This would mean that Apple will develop FaceID for next year's models placed completely under the screen. In addition, the phone would be deprived of the characteristic "bump" for lenses in the main camera located on the back of the phone. In terms of ports, the iPhone 14 is still to be equipped with a Lightning input.