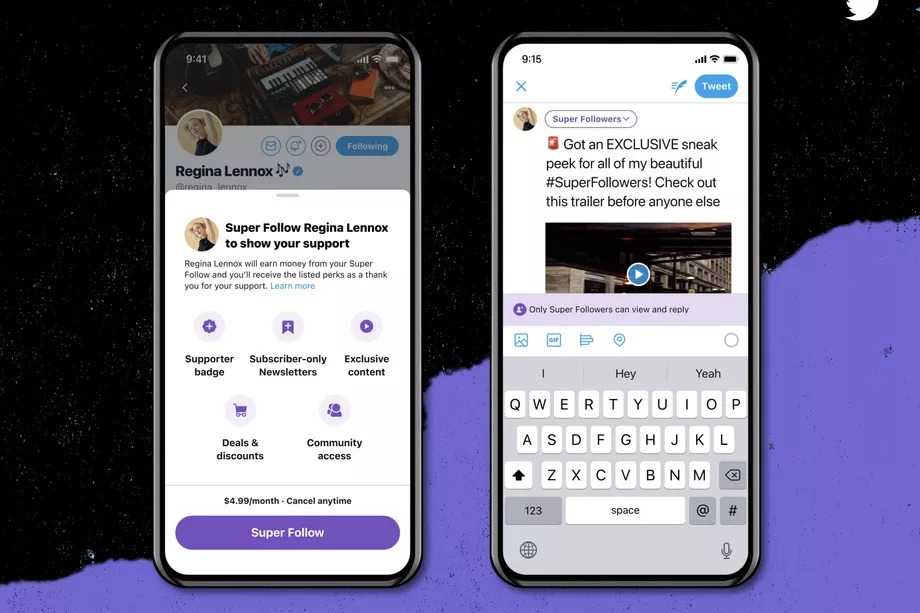 Twitter owners have officially announced that a new feature will soon be added to their social platform. It will be additionally payable subscription. It will be called Super Follow. So far, work on it is ongoing, but the overall shape of its functioning has already been determined by the owners of Twitter.

Super Follow feature will allow users to share certain content only with people who subscribe to a given account. Account owners will be able to send selected tweets only to their subscribers, and subscribers will also receive access to special groups or newsletters. In addition, users subscribing to accounts will be distinguished by special badges confirming support. Twitter indicated an example price for such a subscription, which was 4.99$, but the price may still change before final implementation of Super Follow on the social network website.