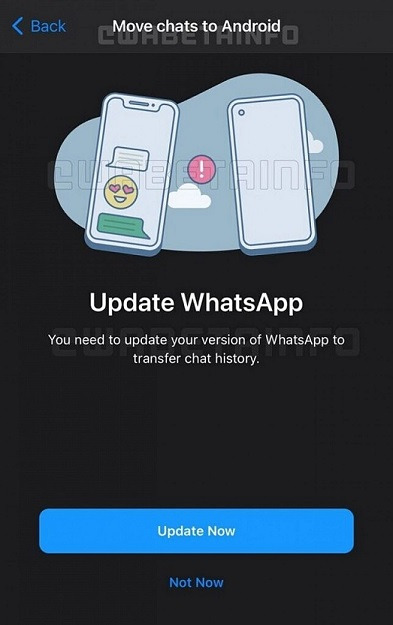 When Facebook bought WhatsApp in 2014, many people thought that the company was doing it only to buy an application that competes with Messenger. It turned out, however, that WhatsApp has become one of the largest messengers in the world that is available on multiple platforms. However, migration between them is difficult, hence the transfer of data from the iOS platform to Android or the other way around is impossible at the moment. However, Facebook is working on allowing users to quickly migrate between systems.

So far, developers have said that the main problem in this aspect is the storage of data in other formats - Android data backup versions are stored on Google Drive, while Apple uses iCloud. So far, this feature is not available even to users using the beta version of the application, but some users after downloading the latest version of WhatsApp from the App Store saw that the application has special area dedicated for option of transferring the chat to Android. Such information indicates that probably allowing users to migrate between systems is only a matter of time.