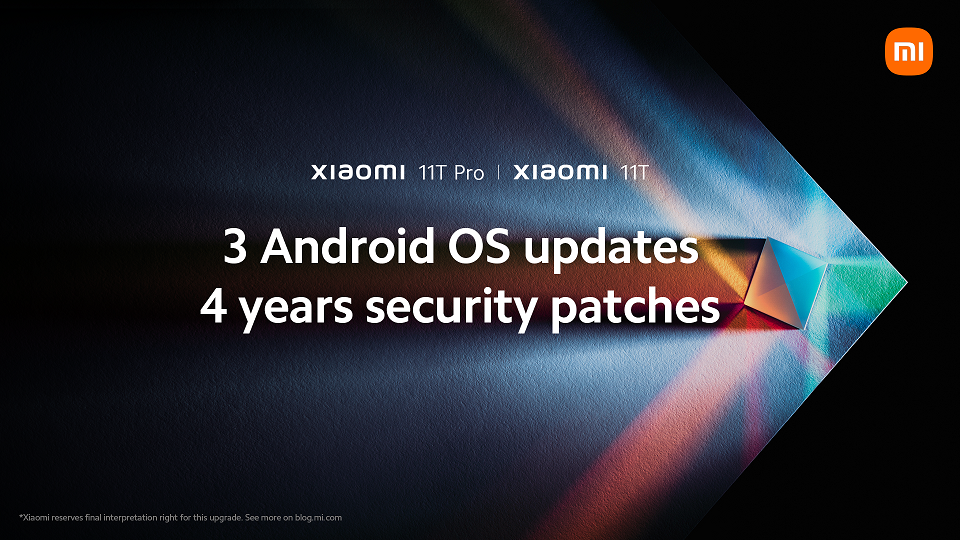 Regular updates for Android smartphones have been a big problem in the past. Even in the case of flagship devices, it sometimes happened that manufacturers did not guarantee two major system updates for their devices. Fortunately, the situation has changed recently. This can be seen, inter alia, in the policy of the Xiaomi company, which began announcing how many updates will be given to some phones created by this manufacturer.

Xiaomi officially announced its plans to support two phones: Xiaomi 11T and Xiaomi 11T Pro. The company announced that both models will receive three major system updates, and that users can be sure that they will receive four years of support in terms of phone security updates. So far we have not officially learned the specifications of both phones, because the presentation of both smartphones will take place on 15th of September at a special conference. Certainly, however, the assurances of regular updates from Xiaomi are a pleasant surprise, because this manufacturer did not necessarily care about long support in this respect for its smartphones.