Xiaomi has created its new thermometer 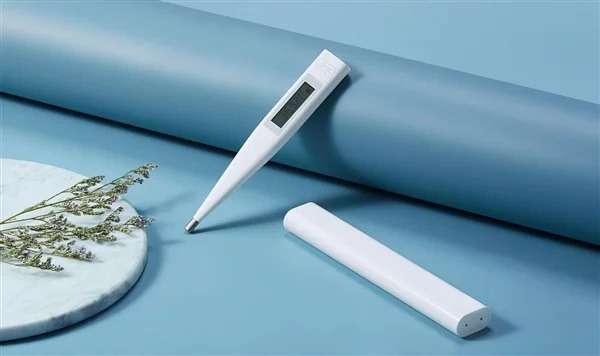 Xiaomi company is known mainly for its activities on the smartphone market, but in fact the Chinese giant is currently creating many different devices that we use every day, which were not necessarily associated with electronics before. An example of an unusual device developed by Xiaomi is a thermometer. A thermometer from Xiaomi had already appeared on the market, which measured the temperature at a distance, and a few hours ago the company published information that a new type of thermometer was developed.

The new thermometer received name MIJIA Digital Thermometer and is distinguished by the possibility of using it in two different areas of body, because it will read the temperature both when placed under the armpit and in the oral cavity. Thermometer offers two options for measuring temperature - the first one is express (it lasts half a minute, but it is inaccurate), and the second one lasts longer (up to 5 minutes), but measures the temperature more accurately. Thermometer can be connected to the MIJIA application, thanks to which it is possible to create up to 9 user profiles, which will allow all members of the family to use the thermometer and application. The thermometer was priced at 9.9$.