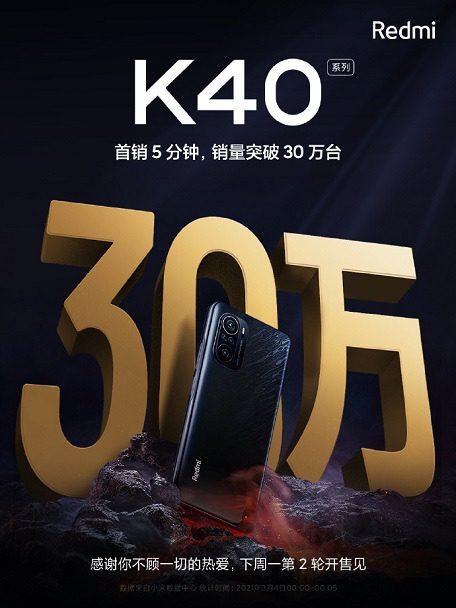 Chinese manufacturer Xiaomi officially introduced its new Redmi K40 smartphone a month ago. However, customers could not immediately buy a new phone that became available for purchase a few days ago. The company boasted about its achievement during this event on the Weibo portal.

As we can read, Xiaomi has sold over 300 000 Redmi K40's units in just five minutes from the start of sales. The company has even prepared a special poster for this occasion. This number consists of the general sales of all phones from the new smartphone series, which includes Redmi K40, Redmi K40 Pro and Redmi K40 Pro+ in all memory configurations prepared by Xiaomi. Obviously, this is not the end of the sale of this smartphone any time soon. Xiaomi announces that another batch of devices will go on sale on 8th of March.