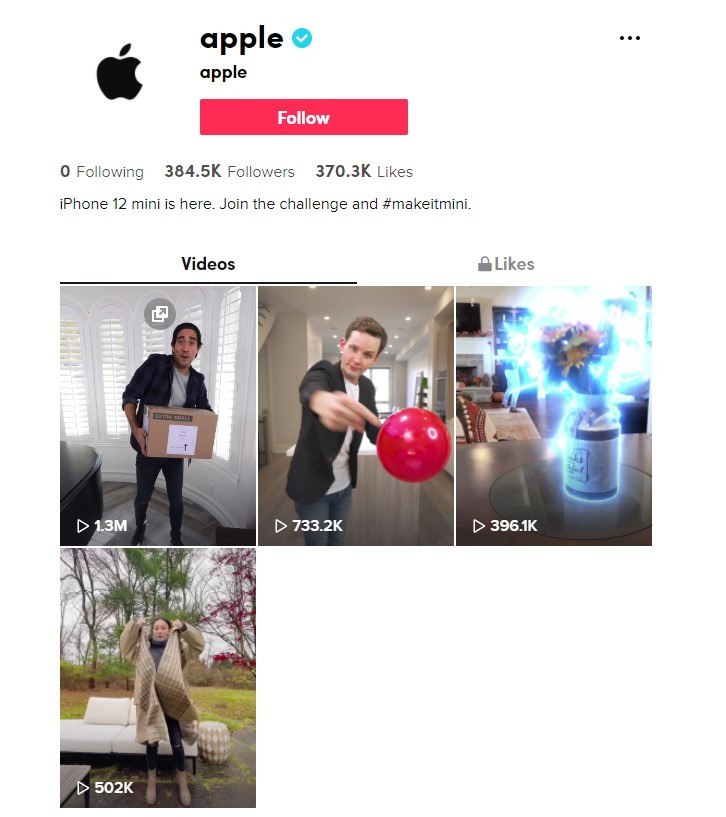 Apple is becoming more and more active in social media day by day. The company's owners are aware of how much they can achieve by promoting themselves on Facebook or Instagram. TikTok, which is gaining great popularity, is also a very good place for advertising. An official Apple account appeared on the platform, officially verified and marked with the appropriate badge.

When entering the Apple's account on TikTok, it is easy to see that initially the company will want to promote its new iPhone 12 Mini on the website. Apple has partnered with many well-known influencers on the TikTok market, and also firm launched a special hashtag called #makeitmini, where you can find recordings promoting a smaller version of the flagship phone from Apple. So far, four recordings have appeared on the official profile of Apple on TikTok.