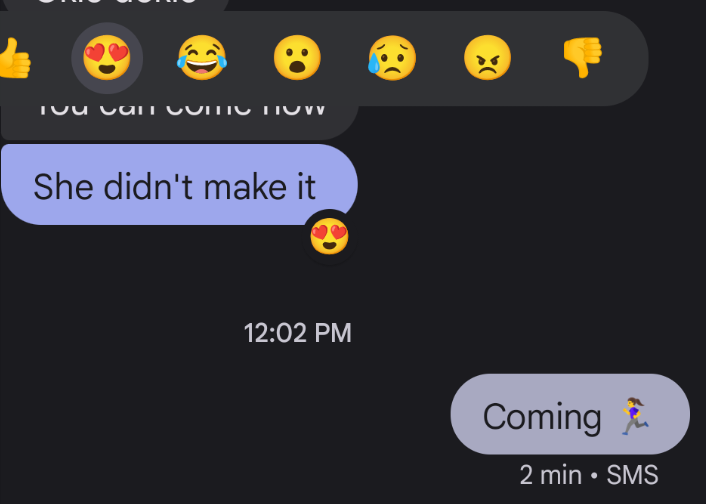 Less than a month ago, Google launched a media campaign to encourage Apple to support a new type of text messages called RCS. In this way, the method of sending text messages for iOS and Android could be unified, but Apple itself is reluctant to this idea, focusing all the time on the development of its own iMessage messenger. For this reason, Google itself has begun work on introducing a text message response inside its proprietary SMS sending application.

Replies to messages are sent as a separate SMS message. This is a way to send a response to a message to both Android and iOS users. Such a message initially has an emoticon in its content, which is used to react, and then the content of the SMS to which the response is given is included in the content. As you can see, the way the response to messages works is different than in the case of communicators in social media, such as Messenger or WhatsApp. So far, only users have reported the new feature, and Google has not officially commented on this matter.