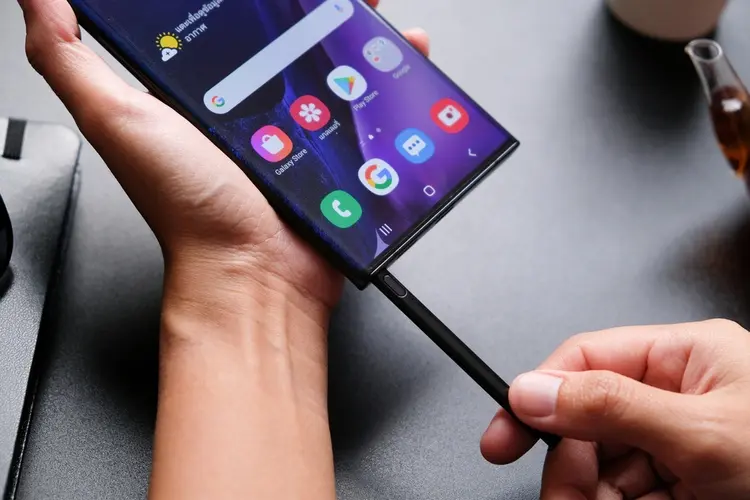 Galaxy Note series of smartphones developed by Samsung debuted in 2011 and was characterized by the use of a stylus on the phone. It seems that this series will not be developed further by Samsung, but the company has a plan to continue offering customers models of its flagships that support stylus support. Such a phone may be the Samsung Galaxy S22 Ultra. The S21 Ultra model already supported the original stylus S Pen, while in the case of the S22 Ultra Samsung can go a step further.

The latest information published by leakster hiding under the nickname IceUniverse indicates that the Galaxy S22 Ultra model is to have a special place to hide the stylus. This means Samsung is probably planning to build the S Pen stylus into this phone. There is still some time until the premiere of the phone, so we will have to wait a little longer to find out if these reports are true. However, this does not change the fact that after the decision not to release new smartphones from the Galaxy Note series, a certain part of the market remains insatiable and the release of the S22 Ultra model with a built-in S Pen may be a great move for Samsung to get out of this situation.