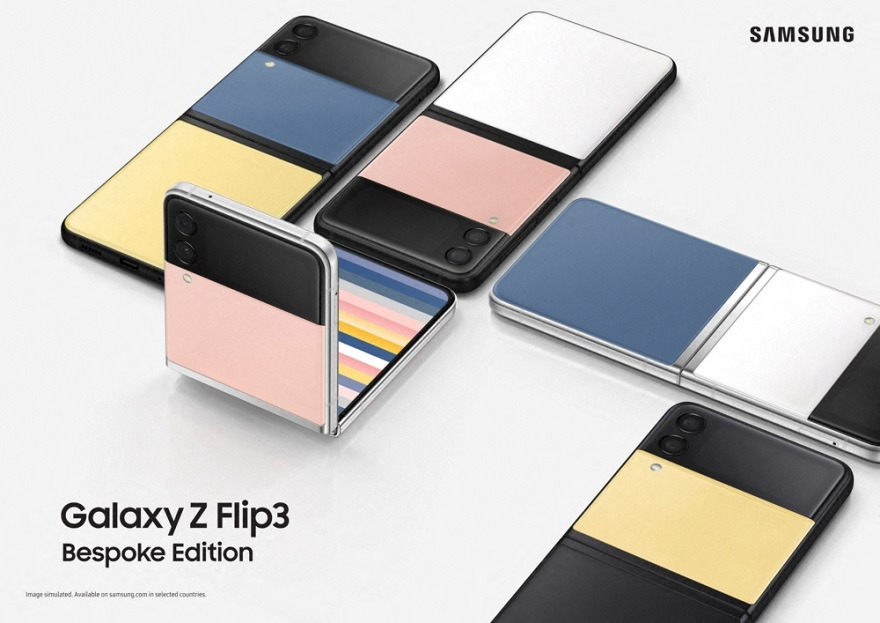 A few weeks ago, Samsung introduced its new foldable phones - Galaxy Z Flip 3 and Galaxy Z Fold 3. It happened during a special event called Galaxy Unpacked. Unexpectedly, a few weeks later, Samsung announced that the company was planning the second part of the conference. Journalists were sure that this was too short a period between the premieres to expect the presentation of the Galaxy S22 series models. It turned out that Samsung introduced a new version of the Galaxy Z Flip 3.

The new version of the phones was called Bespoke Edition. The new version of the phone will allow customers to completely modify the appearance of the phone from the color patterns provided by Samsung. A total of 49 different color combinations is available for customers. The only exception that cannot be modified is the island with the main cameras, which remains invariably black. Such modifications only apply to the Z Flip 3 model and will not apply to the Z Fold 3 model. Samsung announced that initially this customization option will be available only in a few countries. These will be: United States, United Kingdom, Canada, Australia, France and South Korea. It is worth noting that as part of the Bespoke option, only the model with 256 GB of internal memory will be available. The Galaxy Z Flip 3 Bespoke model will cost 50$ more than the standard model, which gives price 1100$ for phone.