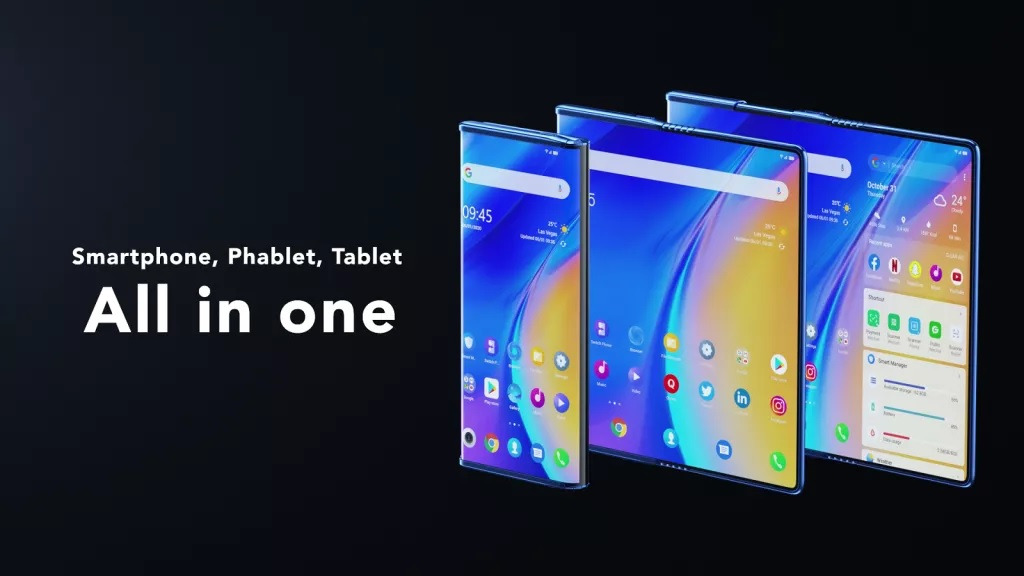 Until now, foldable phones have not become a standard in the mobile market. These are quite expensive devices, but manufacturers are more and more willing to create this type of phones, seeing a lot of potential in this market segment. Customers can choose from foldable or rollable phones, and TCL is planning to enter the market with an interesting idea. Several dozen hours ago firm presented a screen prototype, which is both a folding screen and a sliding screen.

This screen was named Fold 'n Roll. The use of this type of screen is to allow the creation of one phone, which will be both a foldable device and a rollable smartphone. The first form of the screen is to allow the use of a device having a 6.87-inch screen. After unfolding it, users will see an 8.85-inch display, which can also be rolled. After unrolling the screen, it should obtain a diagonal of 10 inches. We know that a smartphone by TCL with a foldable screen is going to appear on the market this year, but it will definitely not be a phone using a Fold 'n Roll screen. It is far too early for that, as this project is a prototype for now. It is difficult to estimate at the moment when a device with a Fold 'n Roll screen may appear on the market.