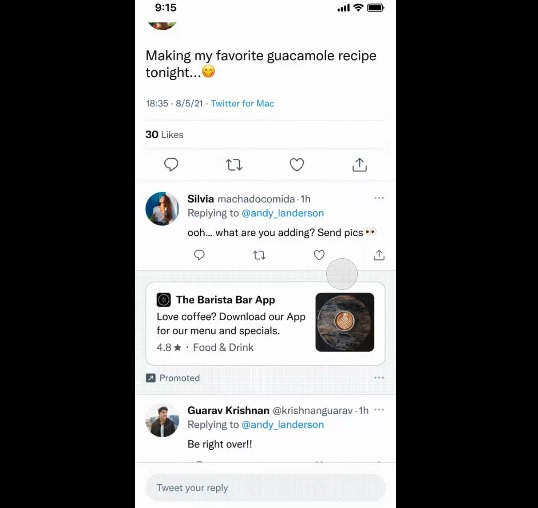 Ads are becoming commonplace on almost every internet portal. It is no different in the case of Twitter, where soon the ads will probably appear in one more section. It is about comments placed under the main tweet in a conversation on the portal.

This information was confirmed by Bruce Falck, who works in Twitter as Revenue Product Lead. Testing of the new ads has already started and are ongoing on both iOS and Android. Falck also placed a special gif on his profile showing how the ads under the main tweet would look like. It would be a special color field, also with a special inscription confirming sponsored content. This graphic form of presenting advertisements is to allow users to easily and intuitively distinguish advertisements from standard tweets. According to Falck, the ads are to appear under the first, third or eighth response to the main tweet.