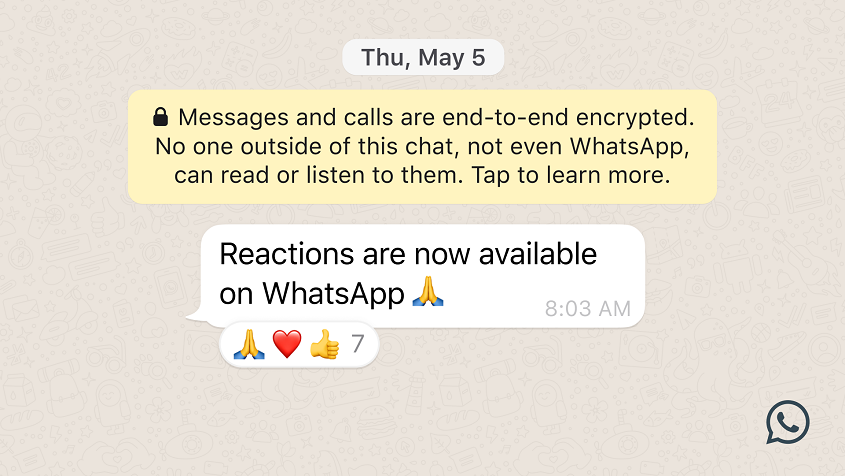 A month ago, the Meta company announced the upcoming changes on the official website of WhatsApp. The authors announced that WhatsApp will receive a feature known from other social networks that allows you to add reactions to received messages. Until now, it was only possible to react to messages by sending a reply message with an emoticon. Ultimately, however, after a month, Meta began implementing new features for WhatsApp.

On the official website of the application you can read that basic reactions to messages are available in the latest version of the application. In the future, more emojis will be added that can be used for reactions. To react to a message, hold down its content and select the appropriate emoticon. In the same update, Meta also took care of the increased limit of users in the chat and the limit of the size of sent files. After the implemented changes, groups on WhatsApp will be able to count up to 512 users, and files sent via the messenger will be able to weigh up to 2GB.