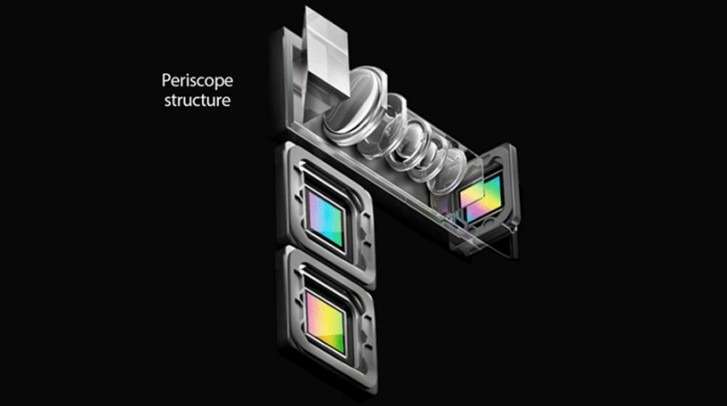 Periscope cameras on the phone market have already appeared in 2017, but the companies like Huawei and Oppo decided to take advantage of this solution as the first when they released phones this year. Xiaomi will probably join this group in the nearest future. This can be confirmed by documents regarding the patenting of this company's unusual solution of the main camera in phone.

The patent describes a solution consisting of a main camera that, in addition to the main lenses, will use at least one periscope lens. Periscope lenses are designed to assist the remaining objectives, which will allow to improve the zoom range while taking pictures without having to increase the entire set of the main camera. The patent application was filed in December 2018 and Xiaomi received the exclusive right to use it until 2nd of July in this year. The forthcoming Xiaomi Mi Mix 4 is a natural candidate to use this solution, but is it really going to be this way? The coming months should give us the answer.