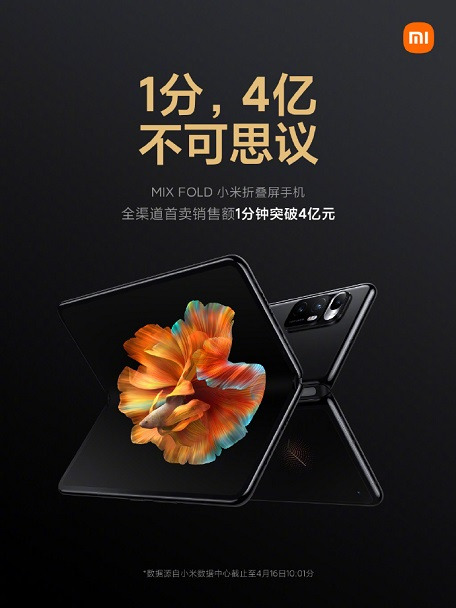 The new Xiaomi phone called Mi Mix Fold, presented by the manufacturer at the end of March, is currently only available in China. However, this does not change the fact that the smartphone generates a lot of interest. This is confirmed by the numbers generated by the sale of the first batch of phones.

During the sale of the first batch of Xiaomi Mi Mix Fold, the company generated a sales value of 400 million yuan. This is the value confirmed by the manufacturer itself. After converting this amount of money, Xiaomi has achieved an income of over 60 million of dollars. This translates into the number of 30-40 thousand phones sold. The phones were sold in just a minute of going live of sales.