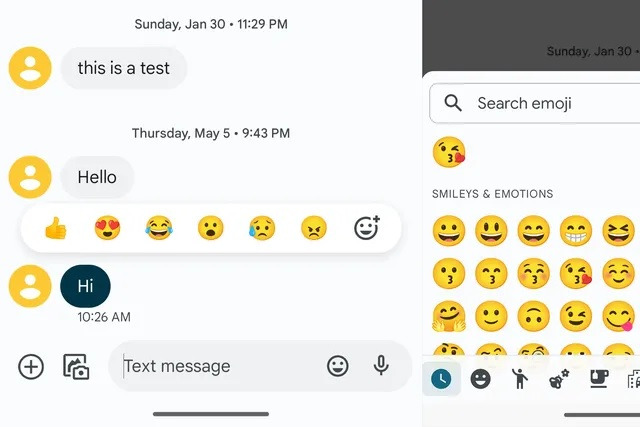 A few months ago, Google launched a media campaign to put pressure on Apple to adapt the iMessage messenger to the RCS messenger type, which would allow for standardizing the response to messages between Android and iOS systems. Apple, however, strongly denied that it was supposed to comply with Google's proposal, hence began to change the default Google Messages messenger in order to be able to respond to messages from its level. It is now possible to react to messages by selecting one of seven predefined emoticons, but this option will be expanded in the near future.

As reports from the latest beta version of the Google Messages application show, it has been made available to respond to messages by selecting any emoticon. In addition to the previously shared emoticons, an additional tab has appeared and by selecting it, the user can access the list of emoticons and select one of them to react to the message. For now, however, we do not know when the extended option to respond to messages will be added to the stable version of the application.