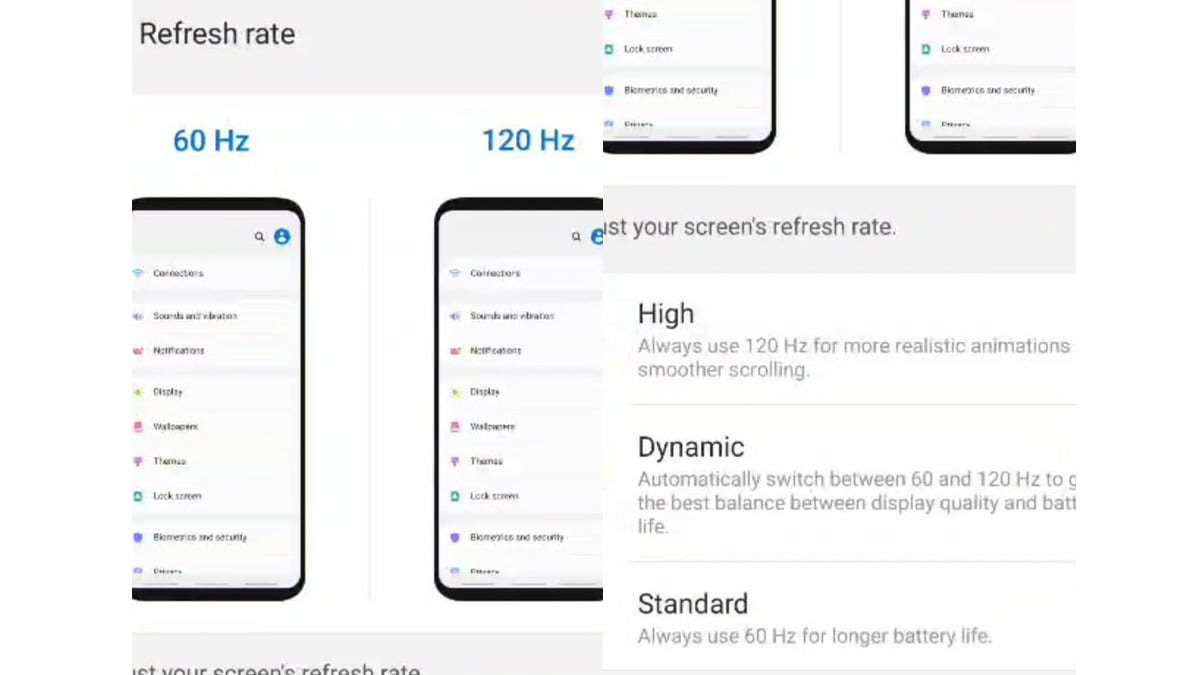 A big advantage from the first moment when Samsung's flagship appeared on the market was the frequency of refreshing their screens. The latest devices of Samsung have received a refresh rate of 120 Hz, which knocked its competition into a cocked hat, but for now Samsung Galaxy S20 doesn't allow for using of the highest possible resolution and the highest screen refresh rate at the same time. This is a major drawback, but there is hope that this problem will be resolved soon.

For now, users are faced with a choice - either they will be able to use the QHD+ resolution (then the screen will be refreshed at 60 Hz) or the refresh rate of 120 Hz. However, according to media rumors, Samsung is working on a system update that will lift these restrictions. On the Internet appeared some photos indicating that phones would receive three options regarding the screen refresh rate. In addition to the standard and high mode, phones should have a dynamic mode that according to press information would turn off the 120Hz frequency when the battery level will drop to 5%, or when the battery temperature will be higher than 42 degrees.