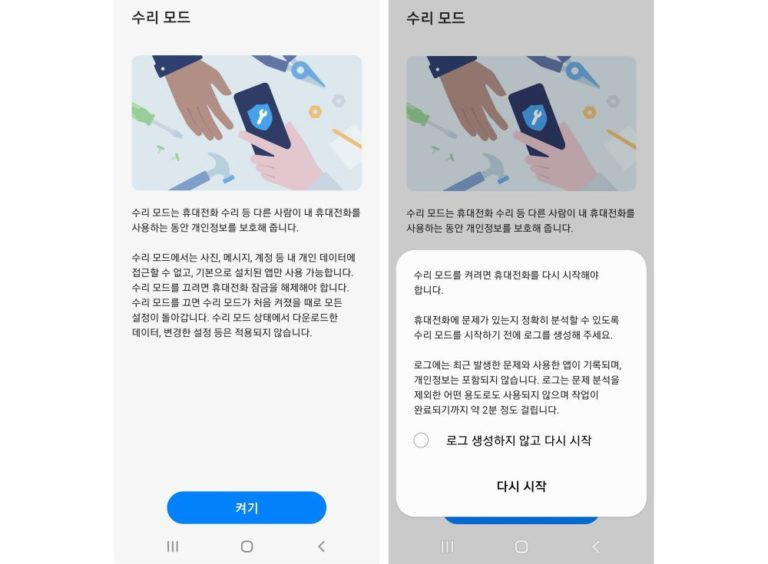 It often happens that phones go to service stations to repair small matters, while their internal memory is working properly all the time. Then, after recovering the phone, we have access to all data that was saved on the device before the appearance of the fault. However, we do not take into account the fact that during the repair, the service staff actually had access to our data from the smartphone's internal memory, where we often store our sensitive data. Samsung has taken this detail into account and a special mode will be introduced to better protect user data.

This mode will be named "Repair Mode". It will be available in the phone settings and after turning it on, the phone will automatically reboot and turn back on. After starting it, the phone will resemble a brand new equipment, as all sensitive data, such as photos, messages or even most applications (not counting the basic applications pre-installed on the phone) will be hidden. This mode can be turned off by using a fingerprint or an unlocking pattern. The phone will then reboot and show all data stored in the phone's internal memory. Initially, the new mode will appear in smartphones from the Galaxy S21 series.