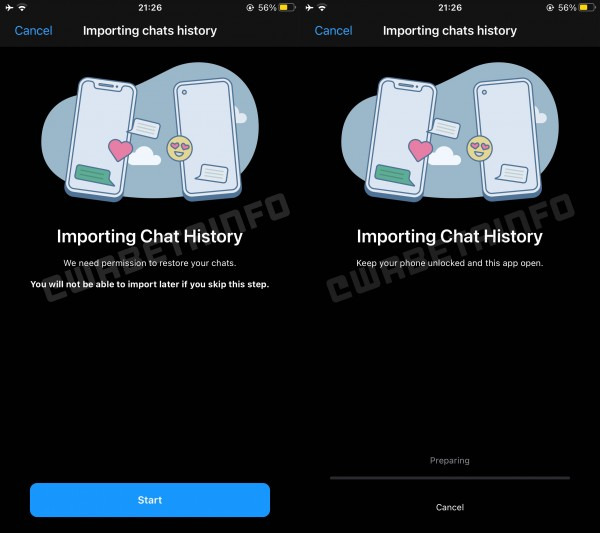 Moving data between Android and iOS is not always easy. Manufacturers provide special applications that allow you to transfer text messages, photos or contacts when changing the system, but not all information can be transferred, especially when it comes to applications from external manufacturers. An example of such an application is WhatsApp, which at the moment allows you to transfer data only from iOS to Android, while the other way around, it is impossible to transfer data. This is only possible in Samsung's devices, but you need to use a special cable designed for smartphones of this company, while in the case of other Android phones it is not possible to transfer data to iOS at the moment. However, this state of affairs may change soon.

The latest beta version of WhatsApp dedicated to iOS, 22.2.74, has a built-in option to transfer data from Android to iOS. However, we do not know if the manufacturer will eventually add this feature to the stable version of the application in the near future. The process itself will work when the application is installed on two phones - one must have Android and the other iOS. Data migration will take place by using an appropriate cable to connect phones, or a private Wi-Fi connection will be used. Other external applications usually use clouds such as Google Drive or iCloud for such processes.