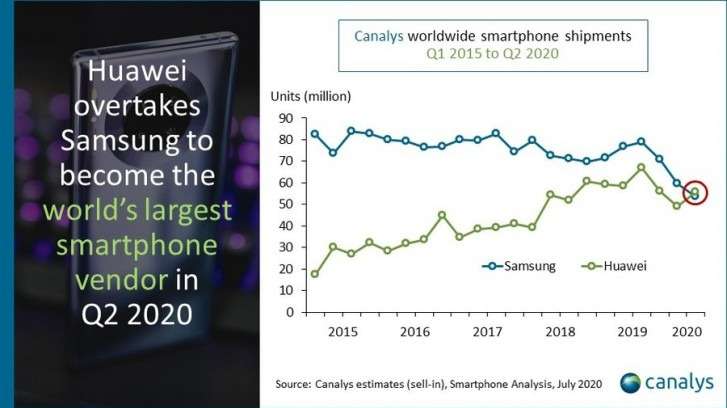 It's no secret that the worldwide pandemic has reduced the turnover of almost every company. The confusion also affected the mobile market, where sales of phones dropped significantly. Despite this, Huawei has managed to achieve incredible success. It turns out that the Chinese company recorded the best results of all companies in terms of smartphone sales.

As reported by Canalys, Huawei has managed to sell as many as 55.8 million of phones since April. The current leader of the ranking, Samsung, took the second place. Samsung managed to sell 53.7 million of phones at the same time. This is quite an unexpected result, because in addition to the pandemic, Huawei still has to deal with the restrictions imposed by American companies, which makes cooperation and the company's operation in the United States much more difficult.