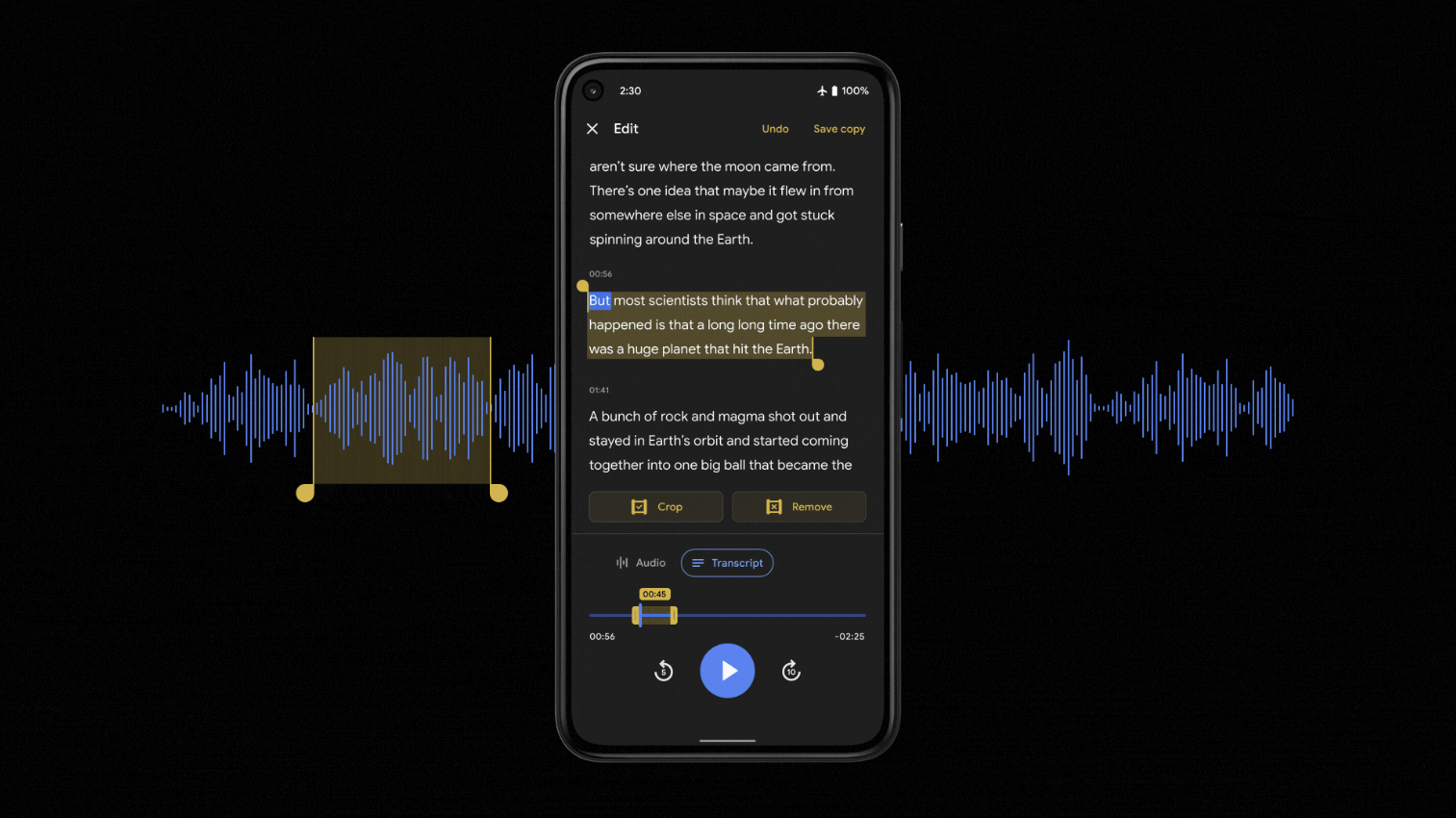 The new version of Recorder from Google has already appeared in Pixels 5 and it is installed by default on the phone. It allows you to cut out some part of recordings by removing text fragments using transcription published on screen. After removing specific fragments of the transcription, the application will automatically cut out the moments in which individual words or sentences appear in the recording. It is a very easy way to edit recordings, especially if you need to edit the recording very quickly.